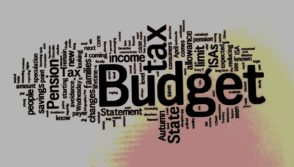 The estimated budget for 2018 and 2019 takes account of 36 gender equality objectives, whereby 28 – that equals 78% – primarily have an external social impact as requested by the law. They cover the entire range of gender quality, notably reconciliation of work and family life, improving distribution of gainful employment, raising awareness for gender equality, and improving the re-integration of women into the labour market as well as their share in research, innovation and technology-related areas of work. Eight objectives are limited to the public administration in scope. This is only allowed in cases where it is not possible to formulate goals with an external social impact as a result of the nature of the chapter (UG) concerned. By way of example, this applies to the Supreme Courts (Austrian Constitutional and Administrative Court), where it was decided to increase reconciliation of work and family life by promoting teleworking options, or to the Ministry of Defence, which is to be positioned as an attractive employer; not to mention government-related entities, where the share of women is to be increased.

Also, the gender indicators chosen address different aspects of gender equality. For instance, chapter (UG) 16-Public Expenditures contains two indicators to measure wage differences between women and men in order to assess whether the target of “supporting a gender egalitarian distribution of gainful employment and care/domestic work between women and men through taxes” has been reached or not. The target of “improved participation of women and returnees to the labour market” has been connected to chapter (UG) 20-Labour and the employment rate of women.

Only some targets directly relate the budget to gender equality, such as chapter (UG) 16-Public Expenditures, which fosters an egalitarian distribution of gainful employment, chapter (UG) 22-Pension Insurance, which aims at increasing women’s entitlement to a pension on their own or chapter (UG) 32-Art and Culture, which promotes the share of women in art by increasing individual funding opportunities. As already pointed out in its last analysis, the Austrian Parliamentary Budget Office underlines that – even though gender equality, as a cross-cutting issue, affects each and every one of us – neither the budget-related documents nor the strategy report present gender equality objectives in a comprehensive way or embed them into a concise inter-ministerial strategy. Even though the inter-ministerial Federal Performance Management Office, which is part of the Federal Chancellery, has clustered gender equality objectives in an evaluation report that has been specifically dedicated to them, this is alleged to be but a small step in the right direction.

For more information you might also want to take a look at the gender equality map designed by the Austrian Parliamentary Budget Office, which is dedicated to the cross-cutting issue of gender equality.

Also, see the documents available on the Parliament’s Website or the website of the Inter-Ministerial Working Group GM/GB.